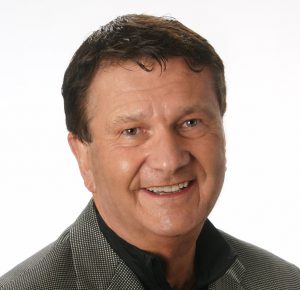 I am James Wm Frank. I have been an entrepreneur most of my life. At the age of six, I sold all-occasion cards door-to-door, in Akron, Ohio. I did that because we were poor and I was working to pay my way through first grade.

As a teenager, I started high school in the half of the class that made the top half possible. I was a high school drop in. I was more interested in making money. I would drop in for awhile and then disappear for awhile. In one semester, I graced them with my presence about 40% of the required time. How much do you think I learned in those few days? Not enough. Two teachers felt sorry for me and gave me a passing grade in one semester. Actually, I think they just didn’t want me coming back. So I took a year off.

When I returned and registered as a seventeen-year-old to take my junior year over again, the principle told me that nobody had ever, ever, returned to high school and stayed the course to finish. But by now, I had figured out their game. They didn’t want me to be there every day. They wanted me to get good grades. So I went to school and got high marks. I just did it in three days a week. I worked at a hospital as much as possible the rest of the time and got school credit for it . And because I worked nights, I had time to study.

So I always had money, but no time. I worked three days a week to make my car payment. I worked two days a week to put gas in my car. And then I worked on the weekends so I would have money in my pocket when I took a date out. What was the problem, when friends would say, let’s go out Friday night?  What did I have to say? I can’t. I have to work. So you see, I had money, no time. Now, which is the most important, time or money? They both are, right?

I have learned that the tests come first, and then the lesson. It took me years to develop having both time and money. Isn’t that what we all want, to have the time to enjoy our lives, with money?

Right out of high school, Uncle Sam thought I was a number one draft choice to join the Army. I was young and patriotic and thought that was fair.  You see, I saw, join the Army, see the world. All I heard was, see the world part. I missed the part about joining the Army. I did learn, thankfully, how working together can keep you alive, and when you think you cannot take one more step, you can go even longer than expected. In other words run longer, sleep less.

After serving overseas, and working in the medical profession for a few years, I decided to go back to school.  I was still trying to find the solution to making more money in less time. I saw other people doing it. I wanted to increase my value to earn more. You see life pays you what you deserve. You want to earn more, you have to serve more.

So I went to university and got a bachelor’s degree in medical sciences. I also started a business that provided a substantial income. That business brought in millions of dollars of sales for about seventeen years. Then the economy took a dive and so did my manufacturing business. I remember waking up in the middle of the night in a cold sweat. My back was against the wall. That’s when the reality of life sets in and necessity becomes the mother of invention. I decided that night: I never wanted employees ever again. I had over a hundred. If they didn’t show up, I had to do their work. And then I had to stay late to do my work. I never wanted to owe people money, ever again. I owed millions. I thought I was successful when the bank loaned me millions of dollars. Bad idea. I never wanted people to owe me money again so that I had to call them to beg for the money they knew they owed me. And I wanted a business that I could manage from anywhere in the world.

Since then, in over forty years, I have personally launched over ten corporations and built factories. I have helped hundreds of people start and develop their own businesses in many parts of the world. I have traveled to five continents and 26 countries, and still counting. I have inspired and educated large audiences and coached and mentored individuals. I eventually arrived at the point of having both time and money.

Then, a few years back I earned my sixty-five-year pin for long-life service. I realized that I have an obligation to pay forward to others, the skills, and knowledge that I have mastered. I have discovered that many baby boomers foster a renascence and zest for life and want to have significance in this world. They, along with all age groups, want to simply know the steps it takes to invigorate their lives, whether it is to begin again, or to begin. The steps are the same. I have successfully learned those keys and have been able to teach them to others. I have a forthcoming book, “The Renascent Boomer – A Tsunami Rising”, that describes how you or anyone, who wants to improve their game of life, can.

Here is a quote from a young emergency ward physician, who at the age of 21 was a licensed physician, a licensed scuba diving instructor, and, a licensed pilot instructor, regarding the Renascent Boomer before it has even been published. “Hey, I know this guy. He helped me shape my world viewpoints around a number of cool things at a formative point in my life.”

I need your help. I am currently collecting stories of those who have taken entirely new, passionate directions in their lives, for myriad reasons, who are making a difference in their communities and the lives of others. Please email recommendations to jameswmfrank@boomertozoomer.com

In closing, here is what I believe. I believe that most people want tomorrow to be better than today and their family to be looked after. I believe that we live in a world of abundance and that abundance comes to me, and through me, to help others. I believe that you can get the best things in life by helping enough other people get what they want in life. I believe, as Abraham Lincoln said, that I can leave the woodpile a little higher than the way I found it. I believe every person has unique gifts and a story to tell, and the capability and responsibility to make this world a better place in which to live. I don’t just believe it, I expect it. I believe that every person has a legacy they want to leave behind. The legacy you want to leave, be that legacy now. Be the example that you want to see in the world. Be somebody. Don’t wait. Be it now!

Thank you, for taking the time to learn about me. Perhaps you can relate. Now I am more interested in learning about you.