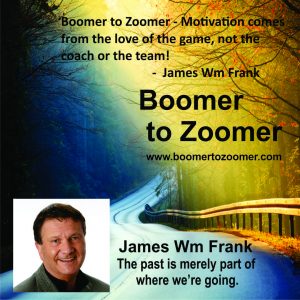 Some call it Resilience. Others call it Grit. It’s a quality inside that leads to what Mr. Kratz, my trumpet teacher when I was 11 years old called, Stick-to-itiveness. What I call “Dogged persistence born out of obligation and stubbornness”.

My father was an abusive disciplinarian. He was nearly sixty years old when I was born and often seemed like a grandfather figure rather than a father. He was born in 1889. Yup, my father was born 128 years ago. Child rearing was a different concept then. By the time my siblings and I came along, the child rearing method of the day was that parents must break the will of the child at an early age in order to control their behavior. Creative, endeavors were seen as aberrant behavior and stifled. Children were to be seen and not heard. Consequently, I could either become resentful and give up my power to an external locus of control or secretively harbor and protect my self-esteem through adaptive measures. Fortunately, for me, that little person inside of me chose, yes chose, to maintain the locus of control internally. For what reason did I choose to rise above the abuse and flourish and my three siblings choose to feel defeated in life and give their power up to an external ghost?

The answer to that question bates the answer to the question of, why are some people seemingly more successful than others? Why do certain people have greater personal effectiveness while others feel life is controlled by luck and circumstance rather than by the laws of cause and effect, action and reaction and sowing and reaping?

Norman Garmezy addressed these concepts and questions and started what became known as resilience theory. Emmy Werner also concluded that the same traumatic environmental factors resulted in opposing behavioral outcomes within the same cohort. Angela Duckworth has shown that Grit can be learned and strengthened.

This means, to me, that baby boomers have the distinct, verifiable opportunity to consciously change directions and strengthen their internal locus of control to take control of their own power to make decisions by controlling how and what they think. The question I ask is, can business startup success be predicted in the baby boomer cohort that sees retirement as an opportunity for new beginnings?

Henry Ford said; if you think you can’t or you think you can, you’re right. Your commitment to change is up to you. Brian Tracy says that a person feels a level of self-esteem to the degree to which they feel in control of their outside world. Your outside world is a manifestation of your internal expectation and design. Make a decision today to get clarity on what you want your outside world to look like. Get clarity on your motives. Write them down. Connect your motives to your goals. It really is as simple as fill-in-the-blanks and connect the dots. Your motivation will come from your fascination and love of the game.