How I escaped pretirement to become a zoomer at heart has been an evolving process.  It began with a written description of my vision for the future over five years ago. Repeating successful goal setting techniques from the past, I began to take the steps to make the next part of my life-journey the most incredible yet. It is said that if you want to change your life, you must change your life.

The last five years have certainly been life-changing. By the time you reach the seventh decade, change has become a welcome friend whether you like it or not. My perspective on change was highlighted by one life-lesson experience.

Many winters ago, after surviving several hours of white-knuckle, zero-visibility, night driving conditions, I discovered a secluded motel in the mountains of upstate New York that resembled something out of a Psycho vintage movie scene. Of course, like the movie character, I was oblivious to any life-altering moments that might lie ahead. I was finally just able to feel some relief; relax my shoulders, stretch my fingers, and proclaim OK, I’m going to be safe, warm, and dry.

While unpacking only enough to support collapsing into bed exhausted, I ignited the rabbit-eared screen in the corner to glean some local weather conditions. I was amused that the preordained channel happened to be a B&W TV movie.

The scene was a man and woman who had not seen each other in many years. She is saying that he looks the same after all these years and she thinks she has barely changed herself. She then asks if he thinks he has changed. His response was one of those quotes that ring true for all the years to come. He simply said, “Change is the only evidence of life.”

I recall being stuck with the importance of the moment and writing down that message. Since then, I have referred to it repeatedly over the decades and chimed it many times to my kids.

Change is the only evidence of life!

For the first four decades of my life, I welcomed change. I couldn’t wait to grow up, get a driver’s license, get out on my own, travel, have kids, have kids grow up and leave home. The older I got, however, the more rigid I found myself becoming.

I discovered that I had boxes and boxes of “shoulds” tarnishing my thinking. People should think and behave this way. The world should get better. Younger folks should treat older folks a certain way. On and on it went. I found myself reenacting my parent’s mantra of “the good old days”.

Now, I’m a positive guy. My kids refer to me as Mr. Positive, half with respect and a half with OK, DAD. How I managed to hold that outward appearance and feel like an imposter inside is a whole other story. What I came to surmise, however, after I decided to stop “Shouldn” myself, was both enlightening and encouraging.

I came to a fork in the road. One direction was going to take me down a well-known prescribed route that would resemble the archaic pathway many elders advocated.

The other fork would take me to uncharted, I have little to no idea what is going to happen territory. I am so grateful I made the decision to be bold.

What decisions have you made after retirement that have taken bold steps to begin? What one thing can you look back on and say, I am so glad and proud that I did that? It has brought much happiness. 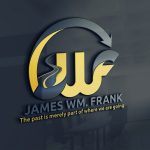 James Wm Frank On the Red Carpet for Best-Selling Author

There are steps and a system to begin again. I started running on a track ten months ago to take me from the point of looking for an idea, linked to my values and life goals, to being recently inducted into the National Academy of Best-Selling Authors. This was not luck. These same steps can be learned by anyone. Allow me to show you how to sort through all the bombardment of research traffic and get the most out of your efforts in the shortest period of time. This result brings to fruition three ninety day adventures, each different from the last and each one bringing greater clarity of purpose, and wisdom from experience.

Book Cover with Brian Tracy. He has been a mentor of mine for over thirty years. Very honored. I also received the Editor’s Choice Award for superior writing. Looks like it will make the Best Sellers list. Yahoo! 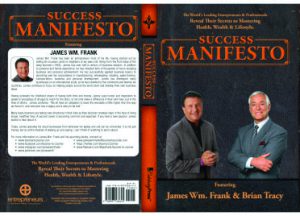